In 1951, at the age of 32, William Hird was stricken with infantile paralysis, which left him paralyzed in all four extremities. Mr. Hird did not allow his disability to prevent him from supporting his family. 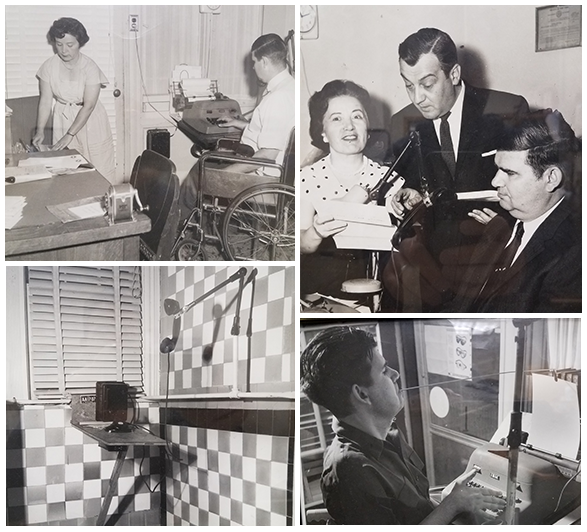 In 1953, with his wife Anna, they established William Hird & Co. For 34 years, the business was operated from Mr. & Mrs. Hird’s home, in Brooklyn, NY. Although paralyzed and wheelchair bound Mr. Hird succeeded through the unyielding love and support of his wife Anna [who worked a second job welding, using an acetylene torch] and the generous help of Catholic Charities, the NY Telephone Company and the National Polio Foundation. These organizations outfitted Mr. Hird with special self-help devices so he could feed himself, type on an electric typewriter and use a manual telephone switch that was located under the typewriter.

Mr. Hird’s story is one of unrelenting determination and triumph. Although faced with a devastating disability he achieved the “American Dream” of becoming a business owner and supporting his family.

In 1973, in the true spirit of family owned and operated businesses, William Hird, Jr. joined the Company. For many years he worked proudly and diligently to expand upon the accomplishments of both his father and mother.

In 1987, Mr. & Mrs. Hird retired and their daughter Alice and husband Thomas Bury purchased the Company. In 1992, Mr. Hird’s grandson, Thomas William Bury, joined the company. In 2008, the company celebrated its 55th anniversary and had another decidedly proud moment, a fourth generation of Mr. & Mrs. Hird’s family, their great grandson, began working a summer job in the business.

Today our proud heritage continues. We strive to provide the attention to detail and quality customer service, which began that first day in 1953 when Mr. Hird typed his first letter to a potential customer. His letter expressed his profound desire to provide them with competitive pricing and excellent service.

Come join our team and become part of our list of satisfied, long term and loyal customers.